You are here: Home / Hazards / Tornadoes / 8+ Illinois Tornado Facts You Should Know 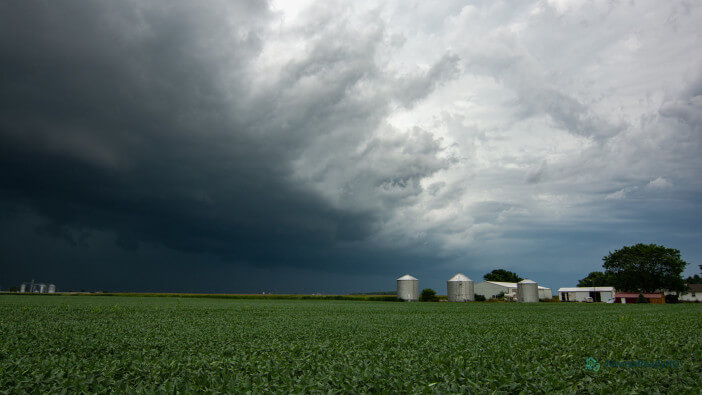 Tornadoes are just as intense as they are fascinating. If you’ve ever gotten to see one from a safe distance, you can’t help but feel a sense of awe at the power of mother nature.

Depending on the map you look at, Illinois might be just outside the boundaries of Tornado alley. However, it has seen some of the most devastating tornadoes in North American history.

Let’s cover 8 facts about tornadoes in Illinois and what you can do to survive a tornado.

1. Illinois Is The Sixth Most Common State For Tornadoes

Tornadoes are much more common in Illinois than many people expect. According to information from Illinois State, Illinois averages 57 tornado touchdowns every year. This data was taken from 1991 all the way up to 2020.

Illinois has about one-third as many yearly tornadoes as Texas which tops the charts with an average of 155 tornadoes each year. Illinois ranks 6th when it comes to states with the most tornadoes.

Everyone knows that you should head to the basement during a tornado, but that’s not the whole picture when it comes to staying safe during extreme weather in Illinois. I’ve lived through a few tornadoes, and I can tell you from experience that you’re going to need a few more things to get through this scary experience.

You’re going to want to prepare a Disaster Readiness Kit. This will make sure that you have the supplies you need on hand in the event of a weather emergency.

You also want to identify some tornado safe areas in both your home and workplace. This will either be in the basement, or an interior room away from windows where you and your loved ones can take shelter under a sturdy piece of furniture like a workbench.

Contrary to popular belief, highway overpasses don’t actually offer any protection from tornadoes, but they might keep you safe from hail.

If you find yourself in your car during a tornado, the best thing you can do is seek shelter immediately as vehicles provide little protection from this extreme weather.

3. Are There Tornadoes In Chicago, Illinois?

The National Weather Service has written a report on the history of tornadoes in Chicago Illinois. Since 1855, there have been 92 significant tornadoes that have passed through the Chicago Metro Area.

One of these tornadoes, an F4 measuring 200 meters across, tore through the Oak Lawn neighborhood of Chicago’s south side in 1967. This tornado injured over 500 people and did millions in damages to local homes and businesses.

4. Cook County Has Become The Epicenter For Tornadoes In Illinois

The state of Illinois can be thought of as having three distinct tornado-prone zones. The first of these is Cook County and the Chicago metro area. While tornadoes rarely touch down in the heart of the city, the greater Chicago area has some of the most frequent tornadoes in the state.

The next area is the Quad Cities. This area has seen some of the most historically damaging tornadoes in the entire country. There is a third band of tornadoes that stretches from the border with St. Louis, Missouri all the way over to Quincy.

5. Tornadoes Can Last For Minutes—Or Hours

6. The Largest Tornado In Illinois History Traveled Through Three States

It’s a little difficult to measure what the largest tornado touch down in Illinois was. Whether we measure by just the size of the tornado or how much damage it did, the Tri-State Tornado of 1928 was one of the worst in American history.

This tornado touched down on 18th in southern Missouri, traveled through the state of Illinois, and finally ended in Indiana in its 219-mile path. That massive tornado left over 2,000 people injured and caused untold devastation by destroying over 15,000 homes.

This was an F5 tornado on the Fujita Scale. This means that its devastating winds speeds in excess of 300 miles per hour.

The Oak Lawn Tornado Outbreak mentioned earlier also ranks as one of the worst tornadoes in the state’s history.

7. Tornadoes Can Outrace Your Car

One of the things that makes tornadoes so dangerous is that we often underestimate just how fast they can be. According to the National Severe Storms Laboratory, the average tornado travels at between 10 and 20 miles per hour. However, tornadoes can go a lot faster than that!

The most powerful tornadoes can travel at over 60 miles per hour. They can also pause their movement and be completely stationary before starting to travel again. This unpredictability and fast movement is the reason why it’s never advisable to try and outrun a tornado.

8. Not Every Severe Thunderstorm In Illinois Produces a Tornado

Once you see a tornado form, you’ll never forget the sight. There are a few common weather phenomena that typically signal the beginning of a tornado, but they could also be just part of a bad thunderstorm. If you see these weather signs, grab your Emergency Readiness Kit and prepare to take shelter.

The first sign of a tornado is an unusually dark sky that borders on being green. Some of the most intense thunderstorms have a way of turning the sky and almost emerald color.

Then there are funnel clouds. These are rotating columns of air that create tornadoes. However, a funnel cloud can stay in the air and never touch down. Plenty of thunderstorms in Illinois have funnel clouds that never become full tornadoes.

Tornadoes also have a very distinct sound. This is somewhere near the sound of a freight train horn, but louder and deeper.

One of the most important things to keep in mind is that tornadoes can also be invisible or completely hidden inside of rain. Knowing these signs will help keep you safe when the weather turns harsh.

There are other weather phenomena that can look a lot like a tornado. Microbursts are sudden blasts of wind that form when sever thunderstorms suddenly cool and then release a massive wave of wind, hail, and rain onto a small geographic area. These can create winds of over 100 miles per hour and create tornado-like conditions. Severe thunderstorms can also contain hail, green skies, and even funnel clouds without creating a tornado. In 2020, Illinois experienced a derecho with extraordinarily high winds that left tornado-like damage without creating a tornado. 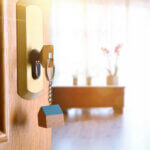 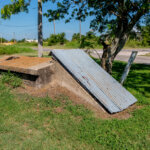 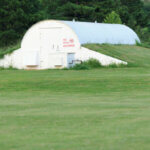 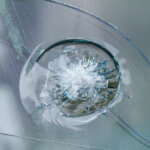 Handbook to Practical Disaster Preparedness for... $24.95
SaleBestseller No. 3