Unpredictable weather and the possibility of various apocalyptic events have led to a spike in everyday citizens getting their ‘ticket’ or ‘ham’ radio license.

Ham radios are a reliable way to communicate and have been around for a hundred years. They are the ultimate emergency radio.

We will examine why you need a license for a ham radio and how to get your ‘ticket.’

Why Do You Need A License For Ham Radio? 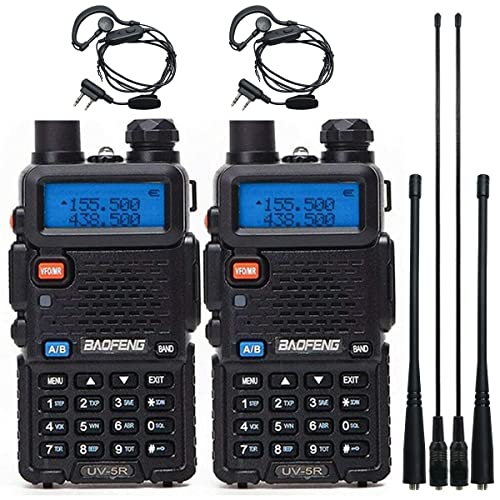 It’s not something that only doomsday preppers do. Anyone can benefit from a ham license. Over 3 million people have an amateur radio license worldwide, and 700,000 are just in the US.

Hands down, the most significant benefit of a ham radio license is that you can freely communicate with others over long distances, even if cell towers are down.

All you need is a radio, a battery, and a ham radio to start independent communications with others from across the world without the help of the Internet.

Communication in Case of an Emergency

You can communicate with emergency personnel during a disaster, even when communication software failures occur. Sometimes, the simplest and most basic communication method is the most reliable.

Most first responders and law enforcement agencies have ham radios and written policies and instructions on when to use them and how.

What frequency can you use on a ham radio without a license?

Someone can only transmit Family Radio Service (FRS) channels without an amateur radio operator license. It is limited to half a watt and has a minimal range.

Most radios have a handful of channels that are solely for FRS communications. A handheld walkie-talkie with two-voice capability is an example of an FRS channel.

You can find tons of ham radio communities depending on your likes. Some amateur radio operators are hobbyists, while others rely on ham radios to survive. (generally by choice.)

Some operators take the hobby one step further by competing in actual ham radio competitions.

What happens if you use a ham radio without a license?

The Federal Communications Commission (FCC) isn’t joking around. The consequences of using a ham radio without a license alone make it worth it just to get the affordable ‘ticket.’

A Ham Radio License Is an Asset to the Community

Most towns and cities have a Community Emergency Response Team (CERT) that activates in the case of a disaster. You’re a valuable asset to the team by getting an amateur radio license.

The Radio Amateur Civil Emergency Service (RACES) is another way a ham radio operator can respond to a big event.

What can’t I do with a ham radio?

Well, for starters, you can’t cause chaos, or there will be consequences. For example, you can’t just decide you want to broadcast Taylor Swift’s new jam for the neighborhood.

Also, refrain from obscenities and profanity. You could get hit with hefty fines. You have to follow the same rules as cable TV.

Last, you can’t charge people to use your ham radio. The radio waves are accessible to everyone, and no one can take advantage of that.

Add to Your Resume

Learning anything outside the norm shows employers that you’re willing to expand your horizons.

With ham radios specifically, it can add a sense of security to a workplace so that someone in the office can contact emergency services in case of cell tower failure.

Who can be an amateur radio operator?

Almost anyone can obtain a ham radio license. There are no age requirements, background checks, education requirements, or even experience.

One must understand the information, pass the test, and pay the $35 registration fee.

How hard is the ham radio test?

You must prove your understanding and can use a ham radio property by getting a ham radio license. But, no worries, the test isn’t hard.

Can anyone own a ham radio?

You will find no laws or mandates about who can and can’t own a ham radio. Signals float around in the air and have been free to listen to since 1912.

However, you need an amateur radio license to talk back or participate in ham radio communities. It’s a controversial subject with a lot of loud voices.

We recommend you get your license to avoid confusion with the federal government. But, it is ultimately up to you.

Any activity that promotes fun and safety is an activity to do with your family. No country in the world places age restrictions on ham radio licenses. As long as they understand the info and pass the test, they can join in on the fun.

The International Space Station has an amateur radio onboard. How cool is it that a kid can talk to an astronaut?

The ham radio community has these things called Q cards or QSL cards. They issue them as proof of conversations between hams from around the world.

Why does the FCC make me get a ham radio license?

And a quick YouTube how-to video isn’t going to help you learn how to use ham radio in ten minutes. That’s now how ham radio usage works.

Studying and taking the ham radio license test is learning how to use amateur radio properly and legally.

7 Easy Steps to Getting Your ‘Ticket’

Which of the following is an appropriate receive filter bandwidth for minimizing noise and interference for SSB reception?

Are ham radio licenses hard to get?

As long as you follow the steps, a ham radio license is accessible to almost literally anyone.

Is the ham radio test free?

The amateur radio test isn’t free. But, recently, the federal government lowered the registration cost to $35.

You can access the ARRL Exam Review for Ham Radio™ for no charge to prepare for the exam.

What is the best way to study for the amateur radio operator test?

You can study in the way that you best learn. There are tons of options, including handy cellphone apps.

If you learn best in a different way, there are materials online and in your local library that can help you succeed in passing the ham radio operator test.

Do I have to learn Morse Code to pass the ham radio test?

In the days of old, Morse Code knowledge was a requirement to use amateur radio.

In February of 2007, the FCC no longer made it a requirement, but it is still a recommendation. Learning one more method for saving lives is never a bad idea.

How is ham radio beneficial to survival?

Amateur radios come with tons of fun and even more discovery. But, they are one of the best tools of survival.

When the robot revolution happens, and they shut down communications, it will ham radio operators that will be the first to respond to calls for help.