We know that freezing temps outside can lead to frozen pipes inside. And, where we live, it can sometimes worsen due to a lack of proper insulation.

For example, it’s actually more common for pipelines to freeze in Texas than in Michigan. Because the climate is warmer in Texas, they naturally have less insulation.

So, why wrap pipes in winter after all? In short, it can save you from a wintertime headache.

Does wrapping pipes keep them from freezing?

You can’t control the temperature but can fight the freeze by wrapping your pipes with insulation.

Pipelines not exposed to heat are the priority, such as pipes in the attic. But there’s no reason not to wrap them all (no matter if copper or CPVC), especially if they’re poorly insulated.

5 Reasons Why Wrap Pipes in Winter

It’s easy to tell someone to wrap their pipes in the winter, but explaining why is just as important.

H2O does a weird thing when it’s frozen. It expands. When it does, it applies tremendous pressure to whatever is holding it (which is why dripping works).

It doesn’t matter if it’s plastic pipes, metal pipes, or glass containers; water-turned-to-ice will explode whatever it’s in.

It’s Not Just the Indoor Pipes 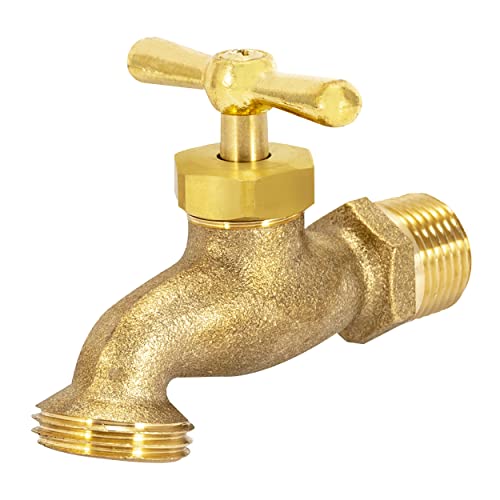 We think of kitchens and bathroom pipes when it feels sketchy outside. But, any lines that carry water are at threat of bursting.

Sometimes people think that a little insulation should do as long as a pipe is inside the home. But indoor pipelines are unheated in places we don’t see.

You likely can’t get to these pipes, but the ones you have access to should have plenty of weather-resistant material. 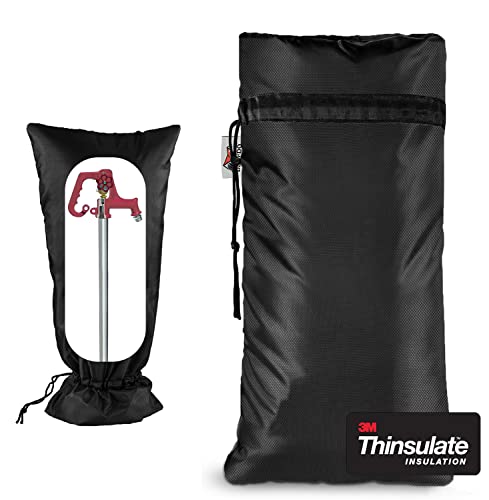 You can find faucet covers at any hardware store, and they’re super easy to do DIY-style.

Regardless of where it’s located, imploding plumping is a hassle.

When should I wrap my pipes for the winter?

You will want to consider wrapping and winterizing your water pipes when the temp hits 32° F(0°C).

If you’re not at home for whatever reason, keep your thermostat set at around 60°F(15°C). When a house hits around 50°F, it adds dangers to threatened pipes.

There’s No Reason Not To

It’s not expensive or tons of work to wrap pipes up for the winter. You can easily do it yourself, and installing it reduces the chances of a costly disaster.

Heavy-duty insulation materials are the best way to protect your pipelines in freezing weather.

What to do with pipes in freezing temperatures?

You want to head off the disaster of bursting pipes. You first want to focus on protecting your pipes as the temperature drops.

How to keep pipes from freezing without heat?

Welp, if you’re turned on the faucet, and all you see is a trickle, it is likely frozen.

Do you need to wrap gas pipes in cold weather?

But it’s never a bad idea to insulate them during extreme cold. Any water around the pipes can freeze and threaten gas lines.

How do you tell if your pipes are frozen?

The first and most apparent sign of frozen pipe systems is reduced or lack of water flow.

Frosty or bulging pipes are another visible sign and one that needs immediate attention.

At what temperature do pipes need to be wrapped?

Your pipes will start freezing at 20°F (-6°C), so you want to insulate them before it gets that cold. Wrap them when it drops to around the freezing point (32° F).

How many hours below freezing before pipes freeze?

Pipeline systems can freeze in as little as six to eight hours. What that equates to is that they typically freeze overnight.

At what temperature do pipes usually burst?

When the temperature drops to 20 degrees Fahrenheit or below, your pipes are at threat of freezing and bursting.